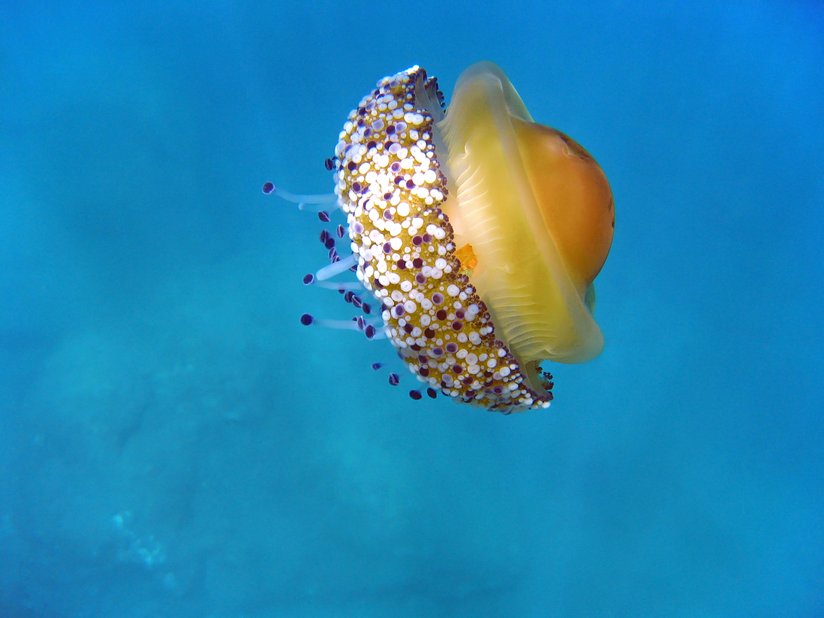 In 1991, NASA sent adult jellyfish into space on board the Columbia space shuttle. The objective was to find out whether space-born babies can survive a life both in space and on the Earth. It turns out that the baby jellyfish born in space developed extreme vertigo when they returned to Earth and most never learned how to swim in Earth-water after their extraterrestrial stint, because their newborn bodies never learnt how to recognise and deal with gravity. Researchers believe human babies too may face similar challenges if they are born in space. This makes relocation to Mars (or any space-bound journey) all the more challenging for humans.

Video: The world’s largest jellyfish has a very small, but very deadly predator – Anemone. Watch as this giant is ripped to shreds by a hundred little arms.

P.S: Featured image: Fried egg jellyfish – they live for only six months, born in the summer and dying in the winter.

2 thoughts on “5 Fun Facts About Jellyfish”