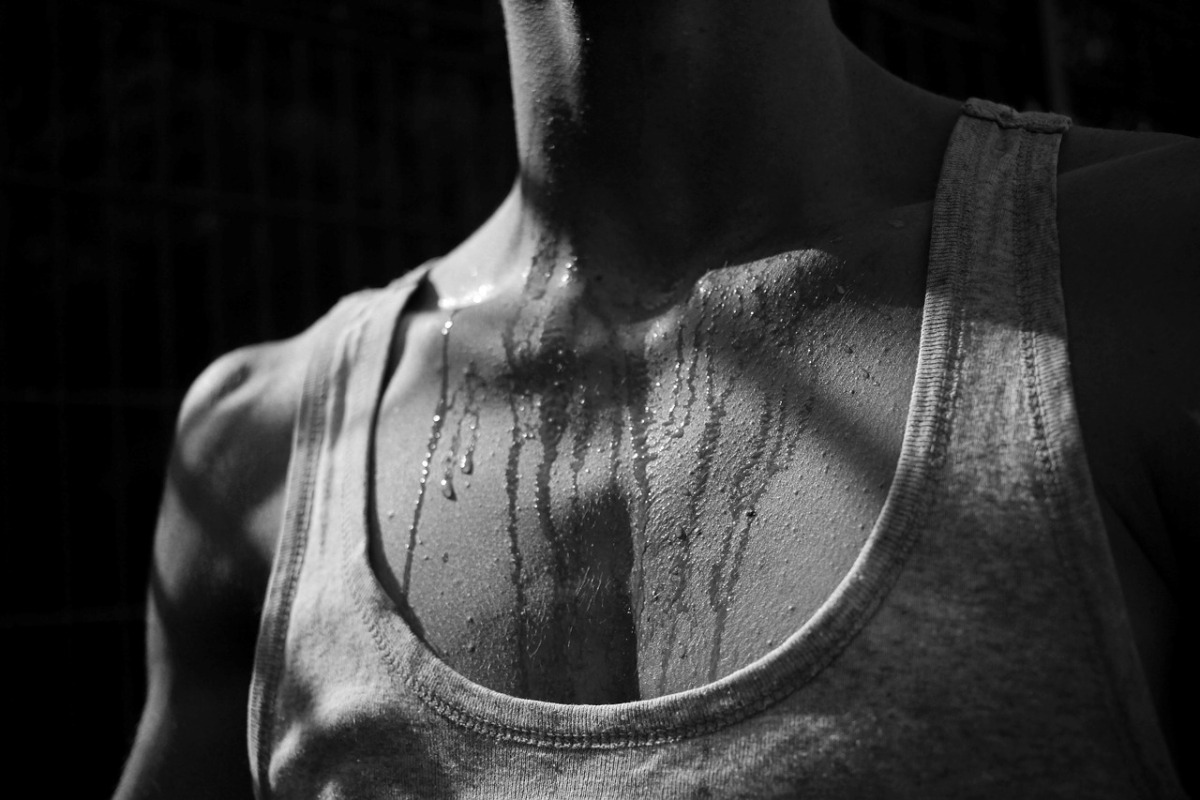 When our bodies get too hot, they release water, minerals and salt in order to cool themselves down. Without sweat, our bodies would overheat, our organs would start to malfunction and soon we would have a heatstroke; which could be fatal.

But what about other animals? Do they sweat too?

Yes, they do. So, this is one question you don’t have to sweat over.

You know who doesn’t sweat? Pigs.

Pigs regulate their body temperatures by wallowing in the mud. So, they don’t sweat like we do. The expression “sweating like a pig” actually refers to pig iron, which is a type of iron metal. During the smelting process, pig iron tends to heat-up to a very high temperature. When it cools down, it reaches dew point, resulting in the formation of large dew droplets on the iron.

What about the stench?

Human sweat actually doesn’t have an odour of its own. The bacteria located on the skin, especially those around the sweat glands, start to break down the sweat compounds when sweat is produced. The resultant changes in the chemical make-up of the sweat leads to the release of an odour, which stinks.

There’s something else too.

So, what about animals? Do they stink too?

What about the ones that sweat like us? Well, the bodies of other “sweating” animals do produce smells; just not the ones we’re talking about.

Other types of body odour

The smell produced by animal body secretions shouldn’t be confused with sweat-induced smell. Some secretions, like musk, civet & ambergris (which are derived from musk deer, civet cats and sperm whales respectively) , aren’t sweat. In other cases, animal body odour is actually pheromones, which are released by animals to inform potential mates that the animal is willing to receive sexual partners.

Then there are gorillas, which produce a smell, unique to each individual troop member. But these odours act as social markers, providing other troop members and enemy gorillas information about the animal. These smells have been shown to affect how gorillas behave with one another.

But coming back to sweat and its stink; there is still no strong evidence to show that animals which do sweat like humans, stink like humans too. So far humans are the only ones who produce copious amounts of sweat and who stink up the joint when they sweat.