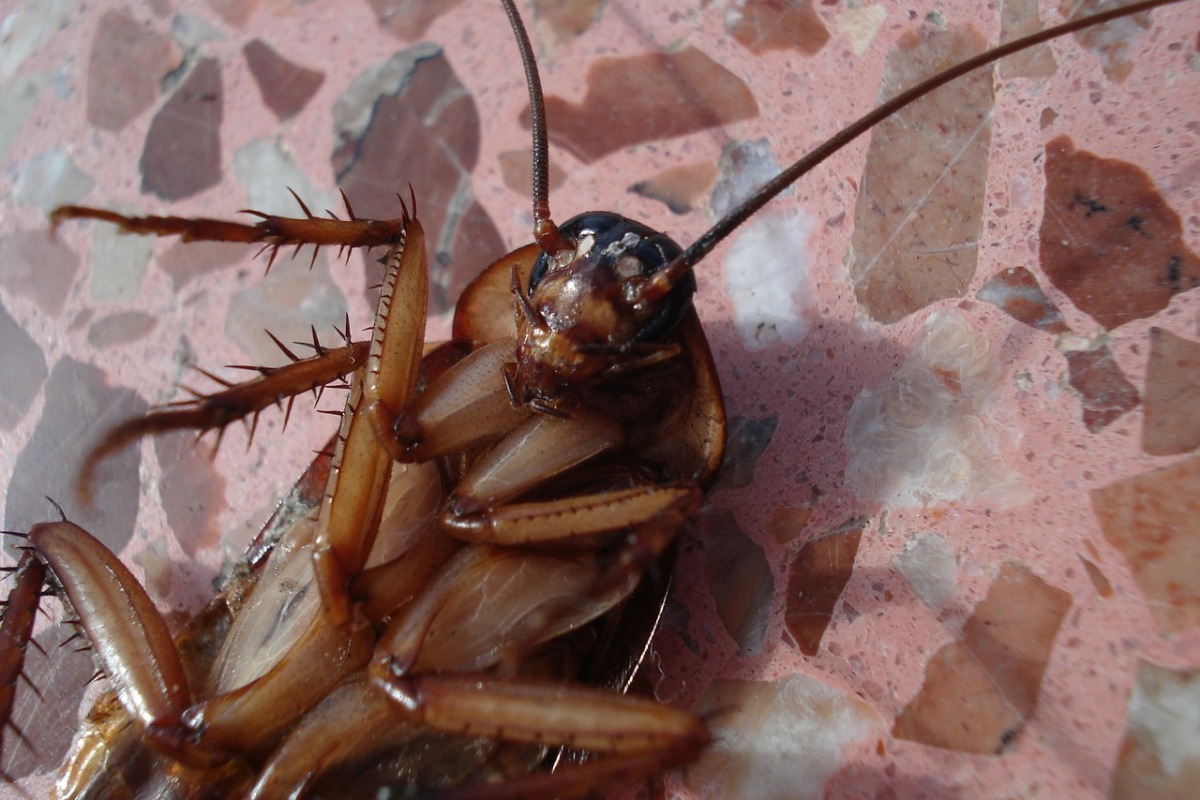 Periplaneta, the genus to which cockroaches belong to, might be considered vermin by most of us; but as it turns out, they’re actually quite useful little critters. Here’s how:

Okay, this may not sound too great at first, but read along and you’ll see why this is a good thing.

Cockroaches eat absolutely everything under the sun, from potatoes to animal carcases to books. This makes them excellent recyclers.

Just imagine. What would you do with thousands of metric tonnes of dead matter, used books and rotten fruits? You can’t responsibly dispose-off them all, can you? This is where cockroaches come in. They eat through absolutely everything and they get rid of your waste for you.

There are over 55 species of cockroaches in the world, of which 12 reside close to humans. The rest live outdoors. Together, they recycle millions of metric tonnes of waste each year.

Okay, this is going a little far, don’t you think? Nope, because it’s true.

Cockroach faeces is one of the most-powerful natural fertilizers on the planet. Cockroach waste produces huge amounts of nitrogen (courtesy, the decaying matter they feed on), which is then used by plants during their lifecycle.

Without nitrogen, plants won’t be able to survive. Kill enough cockroaches and over time you lose entire forests. And as you know, without forests there won’t be any animals. This includes humans.

So, if you encounter a cockroach, stop and consider this. The cockroach you’re about to stamp, is probably saving your life. Consider giving him a warning and let him off the hook. Poor guy.

Lesson to be learnt 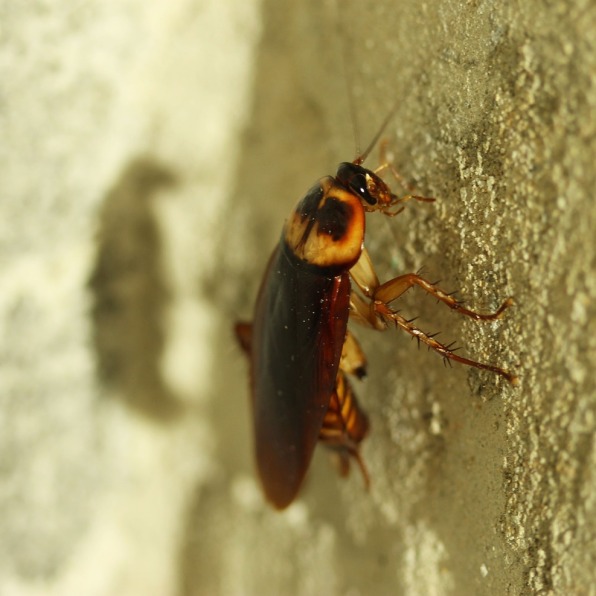 Now, I’ve had my fair share of cockroach kills in my life. And like most people, I never realized how important these creatures were to the ecosystem. But this insight helped me re-think how I view cockroaches. It also made me wonder about other pests like rats. Do they add any value to the Earth too?

Rats are very intelligent creatures. They’re very adaptable and are quick learners. That’s why they’re the primary subjects of all scientific experiments. But rats and mice do offer value beyond this.

We may hate rats because they’re “icky”, but they function as prized food for animals like cats, snakes, eagles, falcons, owls and weasels, amongst others; most of whom are beloved the world over. Imagine what would happen to them if rats were to go extinct.

What can we take away from this?

Every animal on the planet fulfills a purpose. Learning about these animals can help us understand what this purpose is. More importantly, this knowledge can prevent our committing harsh actions against them, which may ultimately have a long-standing negative impact on the planet.

But in saying this, its also important to note that animals like cockroaches and rats are considered pests for a reason. They spread germs  and disease and they wreak havoc on farm produce. Killing them can prevent these pests from overrunning the planet and keep the Earth safe.

But for this to be executed correctly, it must be done in a controlled manner and a need-only basis. 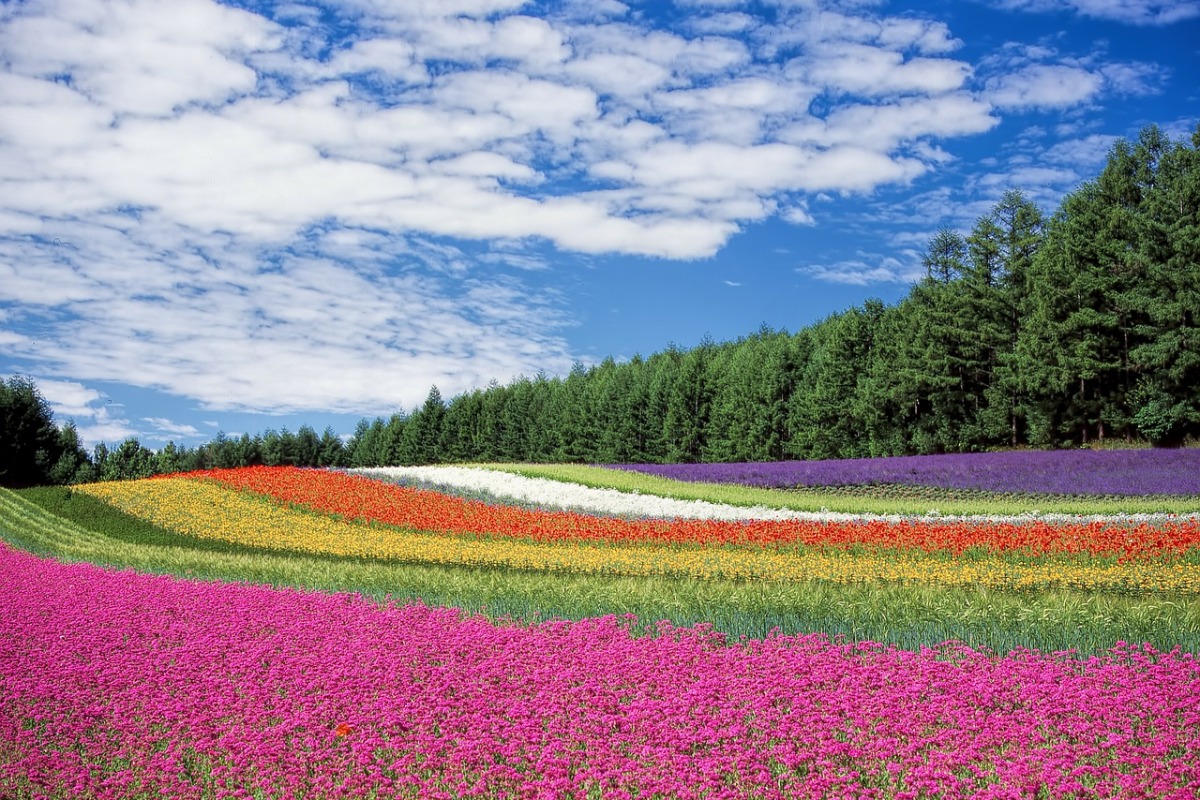 Hey everyone! It gives me great pleasure to announce that today – October 9th 2018 – is My 1 Year Anniversary at WordPress.

It was a year ago that I decided to pick up my laptop and start blogging about a topic that I was most passionate about – wildlife. I thought I’d take this time (and use this post) to talk about my experience so far and the amazing journey I’ve been on during this eventful year.

I have always loved wildlife. As long as I can remember, I’ve picked up books that dealt with animals, plants, rocks, water bodies…the list is endless. Be it stories by Enid Blyton or memoirs by Jane Goodall, each book held my fascination and still do so today. Although I don’t have an academic background in wildlife and I don’t have much field experience, apart from the ocassional safaris and treks through protected parks, I have always felt the only prerequisite needed to write about wildlife is – passion. And that’s something I have in excess of.

My journey this year has been amazing and I’ve gone through such a growth curve. I’ve learnt what kind of material ticks in the blogging world, what type of writing format I’m good at, what type of work my readers love to read and most importantly, what type of content gets the word out about the wonderful plants, animals & arthropods that occupy our world. I hope I’ve been able to (and hope to continue to) do my bit to help reduce ignorance and increase empathy towards the wild.

I have been inspired by so many writers, painters, bloggers, photographers – both on WordPress and those outside it – the list of people whose creative work has inspired my creative juices to flow, is endless. I have gained immense knowledge about the different kinds of science writing in the literary world and I’m now more aware about my responsibilities as a science writer. I am discovering new ways to discharge these responsibilities with care and finesse.

I have experimented with multiple blog formats over the course of this year and I am now beginning to understand where my future lies in the world of wildlife blogging. For this, I have my readers to thank. Your feedback has helped me find my voice – a voice that works for both you and me – a voice that hopefully works in favour of the wild we are working together to protect, preserve and promote.

I’d also like to thank my family – my parents & sister – for their constant encouragement, without which I would never have had the courage to channel my passion into words. This blog is a source of comfort and joy to me today. Your critique and directions have helped me hone my writing and they challenge me to take on more challenging topics of discussion each day.

Finally, I’d like to end by thanking everyone of my readers & followers for being with me on this exciting journey. I hope we can walk arm-in-arm for years to come, learning about the wild we all love so much.

Have a great evening!

That vanilla-flavoured ice cream you love so much? It’s derived from an orchid. The Vanilla planifolia is a type of orchid, whose leaves are used to derive the vanilla flavouring used in food and beverages. Additionally, when someone talks about “vanilla beans”, they’re actually referring to orchid seeds. 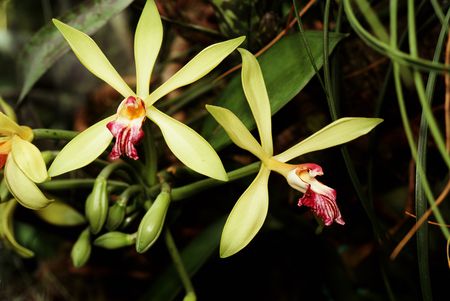 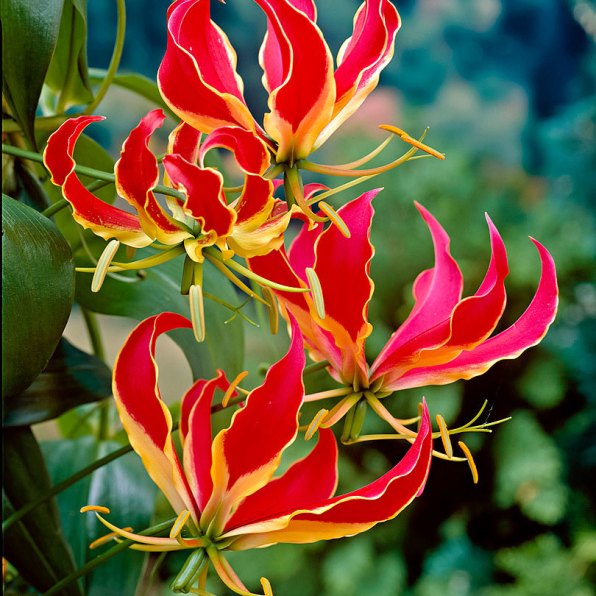 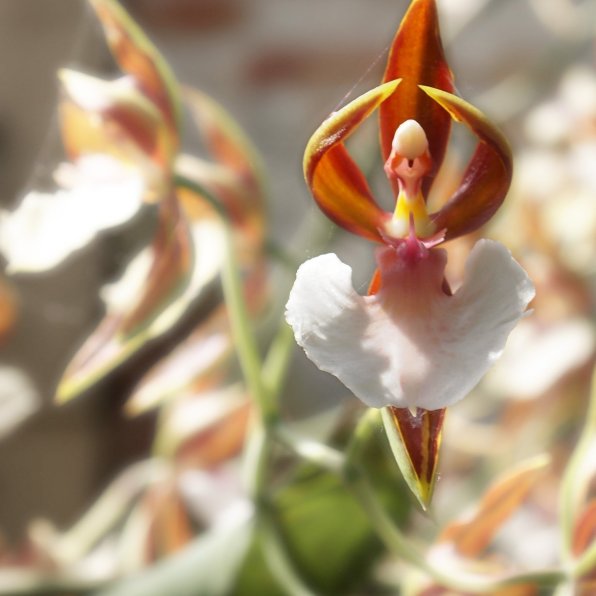 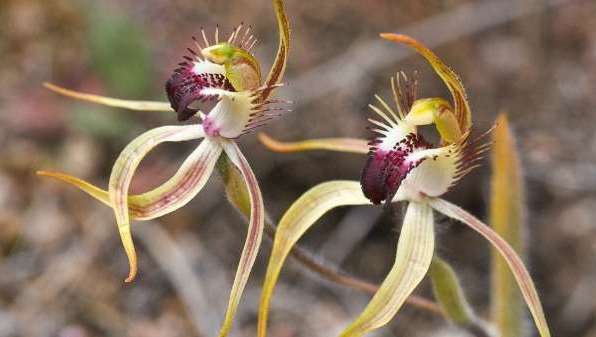 Animals turn cannibalistic for a variety of reasons – hunger, lack of mates, competition for territory – to name a few. But have you ever heard of cannibalistic plants? There are carnivorous plants for sure. But are there plants that love their veggies? Turns out, yes there are.

When scientists discovered that plants could be carnivorous, they were shocked. The discovery just went against the grain. But when they found out that plants could get cannibalistic too; it was a discovery that they just couldn’t wrap their heads around.

When plants eat their kin

The most fundamental way of segregating all parasitic plants is looking at how they function. Some parasitic plants affect the prey’s xylem (tissues near the roots), while others attack the prey’s phloem (tissues near the leaves). These plants grow hook-like ‘roots’ called haustoria, which they use to hang onto their hosts. The haustoria are also used to absorb nutrients from the host plants.

Dodder, aka cuscata, is a type of stem parasite that creeps and climbs around the stems and leaves of plants, biting into the plant using its haustoria and sucking out its juices. Hydnora is a root parasitic plant that sinks its haustoria into the roots of its prey, draining the plant of all its nutrients and juices.

Holoparasitic plants are a nightmare for gardeners around the world. These are non-photosynthesizing parasitic plants which rely solely on feeding-off other plants. They are extremely dangerous to plant health and some species lead to 100% mortality in the affected population if care isn’t taken to get rid of them. 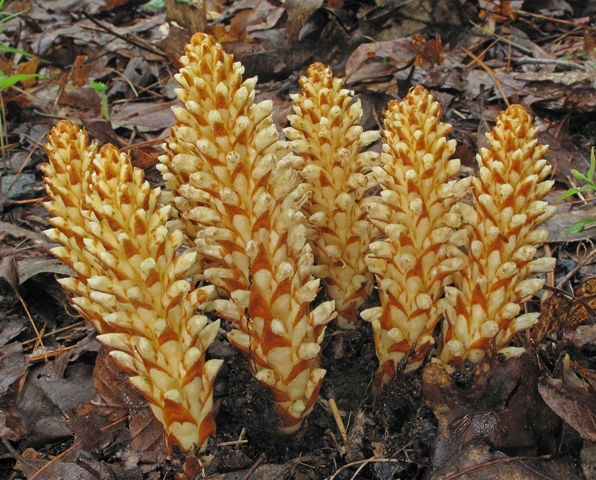 Luckily, holoparasitic plants are quite ‘friendly’ to gardeners. They take a very long time to dry out their hosts, which gives gardeners and nursery caretakers plenty of time to tackle them. The dodder is a great example of a holoparasitic plant that is completely dependent on its host for nutrition.

Hemiparasitic plants derive food in two ways. They photosynthesize and gain valuable nutrition from the sun and soil just like any other plant. But they also leech-off neighbouring plants as parasites.

Since hemiparasitic plants also photosynthesize, they don’t actively feed-off other plants. It is only when they are unable to get nutrients from the sun and soil or they stand the chance of getting better nutrients from other plants that they turn parasitic. 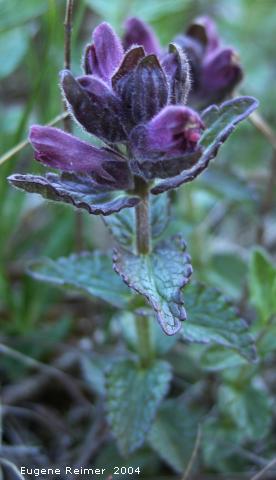 A great example is the relationship between orchids and fungi. The orchids tap into the fungi’s mycorrhizal networks (tubular, filament-like structures that connect fungi to each other and other plants underground) and steal water, minerals and nutrients from the fungi.

Myco-heterotrophs can be either hemiparasitic or holoparasitic and despite masquerading as a symbiotic host, they add no visible value to the fungi.

The curse of the Vampire

Parasitic, cannibalistic plants do not root anywhere. Instead, the seeds look for a host and latch onto the host using the haustoria. A few days after feeding-off their host, the plants begin to voraciously multiply. Soon, the parasites grow to such an extent that they completely cover up their hosts and take over the neighbouring population. The food source is soon sucked dry and killed.

This feature of parasitic plants has earned them their scary title – The Vampire Plants.